HBOT USA provides hyperbaric oxygen therapy as an alternative treatment for a wide range of conditions in Morris County, NJ.

Hyperbaric oxygen therapy was initially invented in 1937 and it wasn’t until 1956 that hyperbaric medicine became popular.

The benefits of high oxygen levels for wound care, osteonecrosis, osteomyelitis, and gangrene are just some of the more obvious applications.

Hyperbaric oxygen therapy is proven to improve wellness and performance, as well as a form of anti-aging. 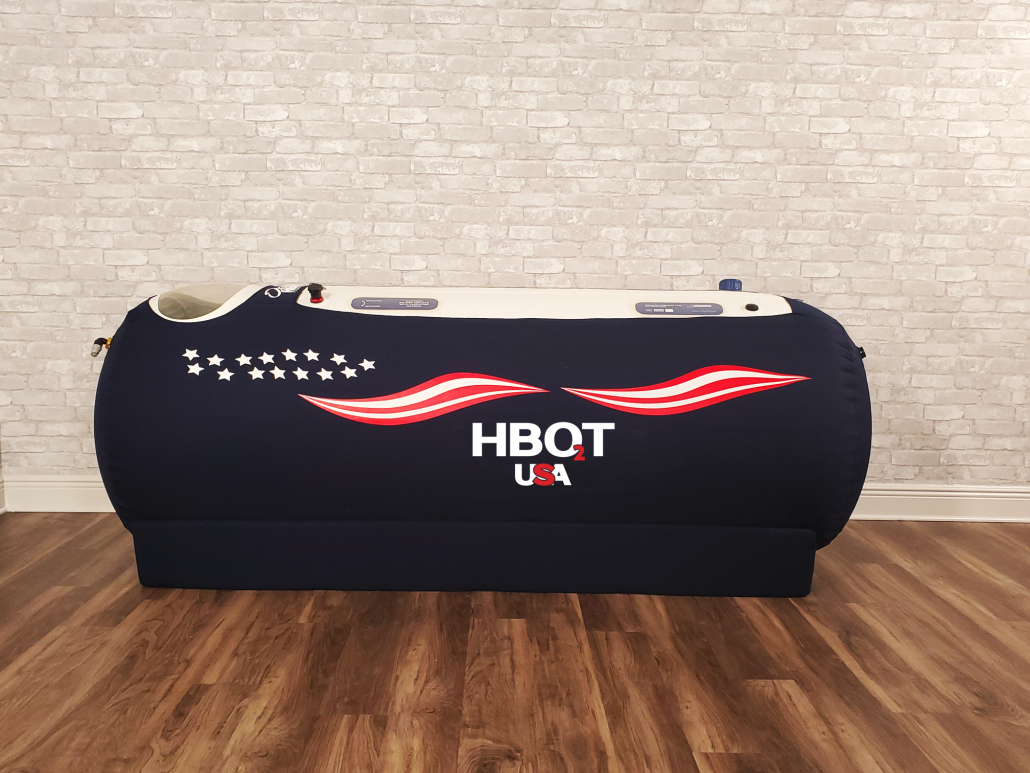 The enhanced pressure and oxygen bioavailability might be associated with a variety of uses, particularly in hypoxic zones, such as antibacterial, immunomodulatory, and angiogenic qualities.

Hyperbaric oxygen therapy has been shown to:

Understanding the effects and mechanisms of hyperbaric oxygen therapy is important in order for us to know when and how to use it. Below are the ways that HBOT benefits the body and provides healing.

The bubbles will eventually shut off the blood flow to a certain location in the body. In an emergency, air embolism can easily cause serious and permanent harm to the central nervous system.

Hyperbaric oxygen treatment is used to reduce the size of bubbles by employing an oxygen gradient as well as pressure.

The volume of the bubble decreases as pressure increases, according to Boyle’s law. This is just roughly 30% with a change of 1.8 ATA.

Lipid peroxidation is a series of oxidative lipid breakdown processes. It is the process through which free radicals “steal” electrons from cell membrane lipids, causing cell damage.

Vasoconstriction is the narrowing of blood arteries caused by the contraction of tiny muscles in their walls. Blood flow is delayed or halted as blood arteries constrict.

Vasoconstriction is typically caused by sickness, medicines, or psychological disorders.

Vasoconstriction can also be beneficial. When you’re in a cold place, peripheral vasoconstriction helps your body retain heat by reducing blood flow to your skin.

Older persons have a reduced ability to respond to cold and protect themselves against hypothermia.

To aid persons with certain medical disorders, healthcare providers may utilize medication to cause vasoconstriction.

When induced in a controlled manner through HBOT, this constriction of blood vessels could minimize inflammation and swelling and benefit the body.

Cytokines are critical components of normal immune responses, but having a large number of them generated in the body at once might be damaging.

Cytokine production might spiral out of control in severe circumstances. Immune cells produce cytokines that signal the body to produce more immune cells, which in turn produce even more pro-inflammatory cytokines.

A subset of cytokines known as chemokines are important in the recruitment of cells to regions of inflammation and in the fight against infections, although this process can be harmful overall.

In order to keep our immune system healthy, hyperbaric oxygen therapy balances the body’s cytokine production by reducing inflammatory interleukins and TNF-alpha, as well as by promoting anti-inflammatory cytokines.

Certain pressures of oxygen can suppress toxins like gangrene, or infections like mold, H.pylori, or C. diff.

Certain bacteria’s toxins can be rendered inactive by HBOT. It also raises the concentration of oxygen in the tissues.

Through HBOT, pressure is applied on those microbes with pressurized oxygen, reducing the symptoms associated with said toxins.

Reactive oxygen species are derived from superoxide and, together with proteases liberated from the granules, are designed to kill microbes like viruses and bacteria that might have been ingested in the body.

Certain bacteria are highly resilient to traditional antibacterial treatments, some of which have evolved to lay out a protective biofilm to shield themselves from antibiotics.

By exposing these bacteria to high levels of oxygen, hyperbaric oxygen therapy helps to break down their protective biofilms and render the bacteria itself more sensitive to antibiotics and to the body’s own immune system.

In cases of chronic infection, toxin exposure, or physical trauma, there is damage in the blood vessels that causes a breakdown of microcirculation in the affected area, preventing blood from reaching the damaged tissues.

Without this microcirculation, the cells and tissues cannot remove waste products nor receive fresh oxygen, stifling (or outright preventing) the capacity to heal.

HBOT stimulates the regrowth of blood vessels (angiogenesis), effectively restoring function to broken parts of the body faster than it normally can achieve.

Angiogenesis is the process through which new blood vessels grow, allowing oxygen and nutrients to be delivered to the body’s tissues. It is a necessary function for growth and development, as well as wound healing.

Nerve cells have an extremely high oxygen requirement in order to function and regenerate, which is why the brain consumes more of our oxygen supply than any other part of the body.

The process through which new neurons are produced in the brain is known as neurogenesis.

Neurogenesis is critical during embryonic development, but it also occurs in particular brain regions after birth and throughout our lives.

Hyperbaric oxygen therapy dissolves high amounts of oxygen directly into the blood plasma, allowing our nerve cells to access all the oxygen they need to regrow and function at a high capacity.

For patients who regularly take hyperbaric oxygen therapy sessions, this can result in noticeable changes in mood, concentration, alertness, and energy.

Mitochondria is responsible for producing cell energy that can be utilized by the body to repair and improve cell functions.

Metabolizing more mitochondria is directly affected by oxygen levels in the body.

Repetitive HBOT sessions can create a surplus in oxygen that will stimulate the growth and reproduction of our mitochondrial cells.

Severe injuries or wear and tear can damage our ligaments and tendons to a point where they become painful and cause loss of mobility.

Collagen is a protein that is responsible for joint health and skin suppleness. It’s in your bones, muscles, and blood, and it makes up three-quarters of your skin and one-third of your protein.

As you age, your present collagen degrades, making it more difficult for your body to make more.

Repetitive use of HBOT can stimulate growth factors in order to regenerate these tissues and increase collagen production.

Stem cells are unique human cells that can grow into a variety of cell types. This can include everything from muscle cells to brain cells.

They can also repair damaged tissues in rare circumstances.

Researchers hope that stem cell treatments might one day be utilized to cure major diseases including paralysis and Alzheimer’s.

There is an 8x increase in stem cell production among patients who regularly use HBOT.

Telomeres are the protective caps on the ends of our DNA.

Telomere length has been determined to be the result of the aging of the cells. As cells break down, we will see shorter telomeres.

HBOT has been shown to not only slow the degradation of telomeres but also regrow them.

There are so many benefits that come with hyperbaric oxygen therapy. If you’re in the Morris County, NJ area and would like to massively improve your health, visit HBOT USA today.

Are You Tired All The Time? – Hyperbaric Oxygen Therapy for Chronic Fatigue...
Scroll to top