R M Leach, P J Rees, and P Wilmshurst
Copyright and License information ► Disclaimer
This article has been cited by other articles in PMC.

Over the past 40 years hyperbaric oxygen therapy has been recommended and used in a wide variety of medical conditions, often without adequate scientific validation of efficacy or safety. Consequently a high degree of medical scepticism has developed regarding its use. The Undersea and Hyperbaric Medical Society approves use of hyperbaric oxygen for a few conditions for which there is thought to be reasonable scientific evidence or well validated clinical experience. In these conditions early referral is essential.

Hyperbaric oxygen has been shown ineffective in diseases such as multiple sclerosis and dementia, but it continues to be used despite the risks of the treatment. For conditions where its use remains unproved—for example, rheumatoid arthritis, cirrhosis, and gastroduodenal ulcer—hyperbaric oxygen should be used only in the context of well controlled clinical trials.

At sea level the plasma oxygen concentration is 3 ml/l. Tissues at rest require about 60 ml of oxygen per litre of blood flow (assuming normal perfusion) to maintain normal cellular metabolism, although requirements vary between tissues. At a pressure of 3 atmospheres (304 kPa) dissolved oxygen approaches 60 ml/l of plasma, which is almost sufficient to supply the resting total oxygen requirement of many tissues without a contribution from oxygen bound to haemoglobin. This has advantages in situations such as carbon monoxide poisoning or in severe anaemia where difficult crossmatching or religious belief prevents blood transfusion.

Oxygen at 300 kPa increases oxygen tension in arterial blood to nearly 270 kPa and in tissue to about 53 kPa. This improves the cellular oxygen supply by raising the tissue-cellular diffusion gradient. The hyperoxia has potential benefits including improved angiogenesis. The formation of collagen matrix is essential for angiogenesis and is inhibited by hypoxia. In irradiated tissue hyperbaric oxygen is more effective than normobaric oxygen at raising tissue partial pressure of oxygen and promoting angiogenesis and wound healing. The healing process may also be helped in non-irradiated tissues with compromised perfusion, but this requires further validation.

Advice on the nearest suitable UK unit and help to coordinate the management can be obtained from the Institute of Naval Medicine, Gosport (24 hour emergency number 0831 151523, daytime inquiries 01705 768026)

The value of hyperbaric oxygen therapy in decompression illness and arterial gas embolism depends on the physical properties of gases. The volume of a gas in an enclosed space is inversely proportional to the pressure exerted on it (Boyle’s law). At 300 kPa bubble volume is reduced by about two thirds. Any intravascular bubbles causing obstruction move to smaller vessels, which reduces extravascular tissue damage. Dissolution of the gas bubble is enhanced by replacing the inert gas in the bubble with oxygen, which is then rapidly metabolised by the tissues.

Often early treatment is essential for maximum benefit. This poses appreciable practical problems as severely ill patients may have to be transported long distances and may require intensive medical support, including mechanical ventilation, between treatment sessions. It is important to discuss the potential benefits and risks for each patient with the regional hyperbaric oxygen facilities.

Multioccupancy chambers are required for critically ill patients who require an attendant within the chamber and are usually used for acute problems. Monoplace chambers can be used to treat patients with chronic medical conditions. Hyperbaric oxygen is inhaled through masks, tight fitting hoods, or endotracheal tubes.

Inside the chambers pressure is usually increased to about 250-280 kPa, equivalent to a depth of 15-18 m of water. The duration of treatment varies from 45 to 300 min and patients may receive up to 40 sessions. Appropriate monitoring is essential during treatment, and facilities for resuscitation and immediate mechanical ventilation should be available.

The potential risks and risk-benefit ratio of hyperbaric oxygen have often been underemphasised in therapeutic trials. The side effects are often mild and reversible but can be severe and life threatening. In general, if pressures do not exceed 300 kPa and the length of treatment is less than 120 minutes, hyperbaric oxygen therapy is safe. Overall, severe central nervous system symptoms occur in 1-2% of treated patients, symptomatic reversible barotrauma in 15-20%, pulmonary symptoms in 15-20%, and reversible optic symptoms in up to 20% of patients.

Reversible myopia, due to oxygen toxicity on the lens, is the commonest side effect and can last for weeks or months. Epileptic fits are rare and usually cause no permanent damage. A suggested carcinogenic effect of hyperbaric oxygen has not been substantiated in extensive studies.

Pneumothoraces must be adequately drained before treatment with hyperbaric oxygen. Pulmonary oxygen toxicity with chest tightness, cough, and reversible falls in pulmonary function may occur with repeated treatment, particularly in patients exposed to high oxygen levels before treatment. Oxygen toxicity can be prevented in most tissues by using air in the chamber for 5 minutes every 30 minutes. This allows antioxidants to deal with free oxygen radicals formed during the hyperoxic period.

When divers surface too rapidly the partial pressure of nitrogen dissolved in the tissues may exceed the ambient atmospheric pressure sufficiently to form gas bubbles in the blood and the tissues. Although less common, rapid ascent to over 5500 m can result in high altitude decompression sickness.

Decompression sickness may produce mild problems such as rash or joint pain or be more serious with paralysis, confusion, convulsions, and ultimately death secondary to blockage of vital blood vessels. Hyperbaric oxygen is the main treatment, and its efficacy has been validated by extensive clinical experience and scientific studies. Recompression rapidly alleviates the symptoms, and tables are available to determine safe periods for subsequent decompression. Treatment should be started as soon as possible and given in sessions of 2-5 hours until the symptoms have resolved.

Air may also enter the circulation during placement of arterial and venous catheters, cardiothoracic surgery, haemodialysis, or mechanical ventilation. Although no formal trials support the use of hyperbaric oxygen in air embolism, the well established physical properties of gases and extensive clinical experience justify its use as the primary treatment. Treatment should begin immediately at pressures of 250-300 kPa for 2-5 hours. Benefit is reported when hyperbaric oxygen therapy begins several hours after the onset of air embolism but further trials are required to establish the delay after which hyperbaric oxygen is no longer of value.

Carbon monoxide poisoning is an important cause of death from poisoning, particularly in the United States. Carbon monoxide binds to haemoglobin with an affinity 240 times that of oxygen. This reduces the oxygen carrying capacity of the blood. Unoccupied haemoglobin binding sites have an increased affinity for oxygen, further reducing the availability of oxygen to the tissues. In addition, carbon monoxide binds to the large pool of myoglobin increasing tissue hypoxia. Hyperbaric oxygen provides an alternative source of tissue oxygenation through oxygen dissolved in the plasma. It also facilitates dissociation of carbon monoxide from the haemoglobin and myoglobin; the carboxyhaemoglobin half life is 240-320 min breathing air, 80-100 min breathing 100% oxygen, and about 20 min with hyperbaric oxygen. In addition, hyperbaric oxygen dissociates carbon monoxide from cytochrome c oxidase, improving electron transport and cellular energy state.

Controlled studies comparing hyperbaric oxygen and normobaric 100% oxygen in the acute and delayed effects of carbon monoxide poisoning have produced conflicting results, although some benefit was seen in patients who experienced loss of consciousness or neurological abnormality.

If carbon monoxide poisoning results in unconsciousness, convulsions, neurological impairment (including abnormal gait or mental state test results) or severe metabolic acidosis the case should be discussed with the nearest regional centre. A single session of hyperbaric oxygen therapy will usually reverse the acute, potentially life threatening effects of carbon monoxide poisoning, but additional treatments may be needed to reduce the delayed neuropsychological sequelae. Patients with less severe poisoning should be treated with 100% oxygen.

The primary treatment of myonecrosis and gas gangrene of soft tissues resulting from clostridial infection and alpha toxin production is surgical debridement and antibiotics. However, experimental evidence and clinical experience suggest that adjunctive treatment with hyperbaric oxygen improves systemic illness and decreases tissue loss by demarcating the border between devitalised and healthy tissue. This reduces the extent of surgical amputation or debridement. Controlled trials of hyperbaric oxygen and normobaric 100% oxygen are not available. In necrotising fasciitis (rapidly progressive skin infection without muscle disease) retrospective studies suggest that hyperbaric oxygen is beneficial in combination with surgical debridement but prospective controlled trials are lacking.

Hyperbaric oxygen is also claimed to be helpful in refractory osteomyelitis. Animal experiments show improved healing of osteomyelitis compared with no treatment, but the effect is no better than that with antibiotics alone and the two treatments have no synergistic effect. Uncontrolled trials of surgery and antibiotics combined with hyperbaric oxygen in refractory osteomyelitis have reported success rates of as high as 85%, but controlled trials are needed.

In poorly vascularised tissue hyperbaric oxygen improves both graft and flap survival compared with routine postoperative surgical care alone. The effect of normobaric 100% oxygen was not examined in these studies. In the United States problem wounds are the commonest indication for a trial of adjunctive hyperbaric oxygen therapy and include diabetic and other small vessel ischaemic foot ulcers. Several studies have shown improved healing and a lower incidence of amputation with 4-30 sessions.

Hyperbaric oxygen has been used successfully to treat haemorrhagic shock in patients who refuse blood on religious grounds or for whom suitable blood was not available. Similarly, there is evidence for benefit in acute traumatic ischaemic injuries including compartmental syndromes and crush injuries.

Conditions which do not benefit

Hyperbaric oxygen has been tried in numerous conditions and is often reported to be beneficial. However, in many of these situations the scientific evidence is flimsy and use should be restricted to randomised controlled trials. Hyperbaric oxygen has been clearly shown not to be beneficial in several diseases including multiple sclerosis and senility.

No convincing evidence exists for using hyperbaric oxygen in thermal burns. In the only randomised controlled trial of hyperbaric oxygen and usual burn care the length of hospital stay, need for autografting, and mortality were virtually identical with both treatments.

Cited by other articles in PMC 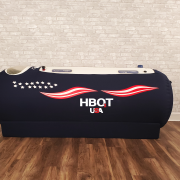 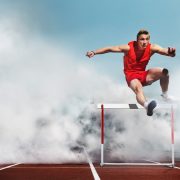 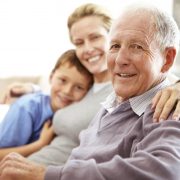 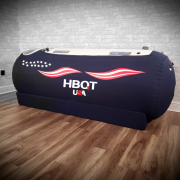 An Introduction: Oxygen Under Pressure 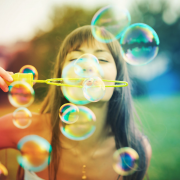 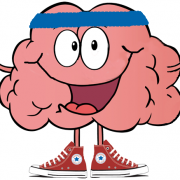 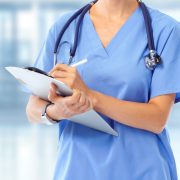