If you’ve read our past blogs, you’ll have already gotten a glimpse of what hyperbaric oxygen therapy can do.

Hyperbaric Oxygen for Treatment of Infections has been widely adapted as of recently. It shown to provide amazing benefits in treating infections.

It has a wide array of uses such as healing through severe wounds, improving respiration, and dealing with toxic build-ups in the body.

Hyperbaric oxygen therapy can help repair damaged tissues and areas of the body, but it can also be used for the long-term prevention of diseases by strengthening the immune system and protecting us from viral or bacterial infection.

Hyperbaric oxygen therapy is used to treat all sorts of medical conditions including anemia, ulcers, tissue damage, brain tissue injuries, and more. But one of its most promising applications is in fighting off infectious agents. 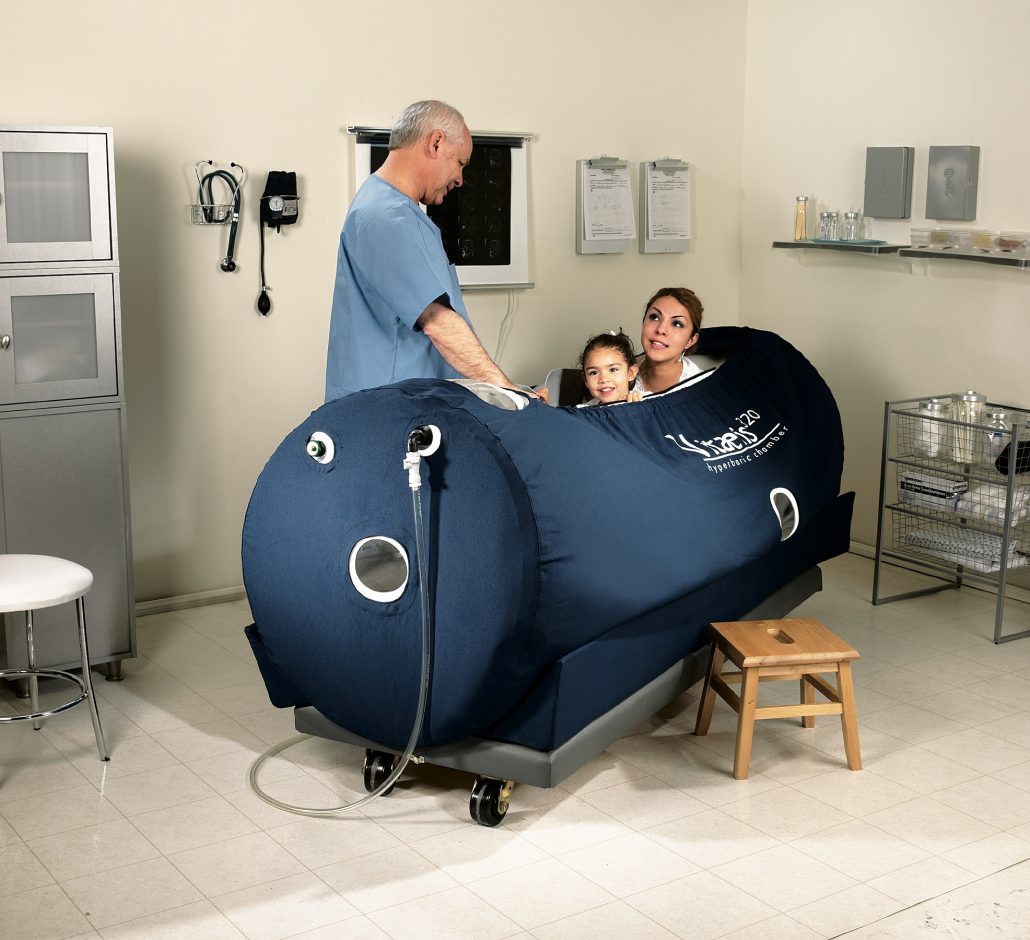 HBOT is used as a treatment in the management of infections like necrotizing fasciitis, diabetic foot infections, gas gangrene, refractory osteomyelitis, fungal infections and neurosurgical infections.

HBOT acts as an agent against anaerobic bacteria and viral invasion by increasing the formation of reactive oxygen species (ROS) and leukocytes (white blood cells).

Whether you’re recovering from an injury or fighting off an illness, regular sessions in a hyperbaric oxygen chamber can be quite helpful.

In addition, HBOT functions well together with a number of antibiotic treatments. Hyperbaric expert Dr Jason Sonners explains why people who use this therapy have a better chance of recovering from infections.

Inflammation is defined as a biological process that our body uses to respond to infection.

Whenever a cell becomes damaged, the immune system triggers an inflammatory response by releasing cytokine molecules.

This response is characterized by five primary signs; redness, swelling, heat, pain, and loss of function, and although this reaction can help your body fight off invaders, it can also get out of hand, damaging your body from within.

One of the most important things hyperbaric oxygen therapy is utilized for is in lowering inflammation.

A macrophage, a type of white blood cell, will recognize and attempt to swallow up foreign material like viruses. Some white cells have even more specialized designations.

For example, B-cells create protein antibodies that latch on to the virus, effectively marking it as dangerous so other cells, like T-cells, can target and destroy it.

To do this, our body releases a set of proteins called cytokines that act as chemical messengers.

They tell immune cells what to do while also stimulating our cytokine production until we reach a critical mass that eventually overwhelms the infection.

Cytokines trigger not only inflammation but also things like runny nose, fever, aches and other flu-like symptoms.

While these symptoms can be unpleasant, an effective multi-faceted attack on foreign bodies depends on the organizational power of cytokines. 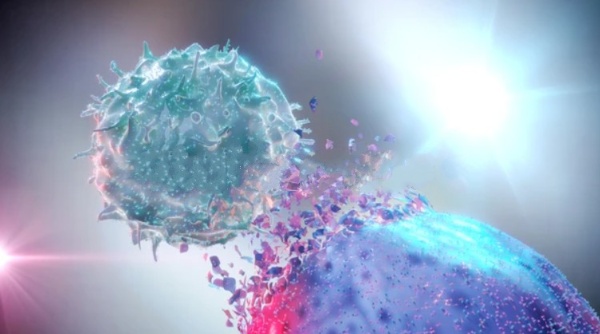 What are Cytokine Storms?

In severe cases of viral infection, cytokine production can grow to extreme proportions.

By increasing our oxygen levels, the treatment temporarily suppresses the processes that stimulate excess production of proinflammatory cytokines, effectively keeping inflammation down to within safer levels.

The human body is home to millions of bacteria, which can be both good and bad for us.

Anaerobic bacteria, or ones that cannot grow when oxygen is present, are a type of harmful bacteria most commonly found in the gastrointestinal tract, but are also present in other parts of the body such as the lungs or in injured tissues.

Examples of these include bifidobacterium, bacteroides, prevotella, actinomyces, clostridium, propionibacterium, and fusobacterium. They play a part in causing diseases such as diverticulitis, appendicitis, and perforations in the bowel.

The proliferation of this beneficial bacteria helps reduce the growth of harmful anaerobic bacteria.

The benefits of using a hyperbaric oxygen chamber in this regard are two-fold.

When we pump up our body’s oxygen levels, we gain a helpful little growth boost to the probiotics in our system, which in turn allows these beneficial bacteria to grow in number in order to better fight off infectious agents.

When we use a hyperbaric oxygen chamber, we are essentially loading up our body with extra energy, since oxygen is one of the primary fuels of the cellular system.

The human body is composed of trillions of cells with complex, interconnected processes that function non-stop in order to maintain our bodily functions.

White blood cells (aka leukocytes) are an integral part of the immune system which keeps us safe from infectious microorganisms. These leukocytes travel all around the body via the blood and use oxygen as a fuel source.

In order to do this, they absorb the oxygen along with the nutrients it needs from the bloodstream. In a process called cellular metabolism, our cells break down these nutrients to produce energy in the form of molecules known as ATP (adenosine triphosphate). 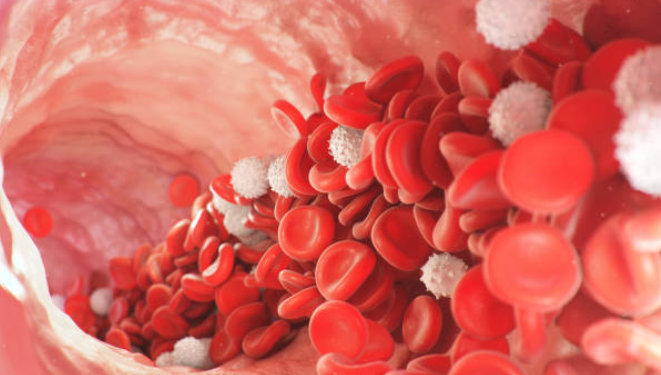 ATP molecules are responsible for carrying around chemical energy in our cells and are found in all living things.

ATP stores that energy and makes it available for use in the body’s cellular processes such as nerve impulse propagation, muscle contraction, chemical synthesis, and condensate dissolution.

This unique ability to facilitate intracellular energy transfer is why it’s often referred to as “the molecular unit of currency.” Cells need ATP for sustenance and to perform most of their functions.

Aerobic cellular metabolism primarily involves the use of oxygen to boost the production of ATP in our mitochondria. Popularly known as “the powerhouse of the cell”, mitochondria is responsible for the body’s energy production.

Through hyperbaric therapy, more oxygen is absorbed in the body, enabling white blood cells to produce more ATP in our mitochondria, giving the body more energy to keep fighting ongoing infections long after it would normally give up. This infection-fighting effect is mostly seen in our neutrophils and macrophages, but all the other cells in your immune system also get a helpful little boost.

Our bodies have a complex and highly effective natural defense against viruses, but it has its limits.

There are times when the viral load is too much for our immune system to handle even with the help of antiviral medicine.

Hyperbaric oxygen chambers infuse our bodies with higher levels of oxygen and air pressure, creating an environment that inhibits viruses from replicating further, thereby alleviating our immune system and allowing it to finally turn back the spread of the infection.

This effect has been observed in many HBOT patients, and research has even found that hyperbaric oxygen therapy can help decrease the viral load of HIV.

Hyperbaric oxygen therapy’s effects on infections are studied and undeniable.

It is proven effective at reducing inflammation by mitigating the debilitating effects of cytokine storms.

It encourages the growth of probiotics while reducing harmful bacteria.

It greatly improves our immune system’s capacity to fight off disease by increasing the production of ROS, ATP and white blood cells, as well as by inhibiting the further growth and spread of viral infections.

Are you interested in learning more about how a hyperbaric oxygen chamber can improve your health?

We can explain how it works and give you more details on its benefits. Get in touch with us now to find out more about what hyperbaric oxygen can do for you.

Benefits of Hyperbaric Oxygen Therapy on Performance and Recovery by Dr Jason...
Scroll to top