The burden that chronic wounds place on the healthcare system and its workers is substantial.

It’s anticipated that 1-2% of the industrialized world’s populace will get a leg wound at some point in their lives that will require medical attention.

In 2001, it was projected that the annual cost of treating leg ulcers in the United States was $3 billion.

This sum does not even account for the 2 million lost workdays. In this blog, we discuss hyperbaric oxygen therapy for chronic wounds and the benefits the hyperbaric chamber can bring.

By definition, chronic wounds are those that either don’t heal in a timely manner or don’t heal in a manner that restores anatomic and functional integrity after going through the stages of the repair process.

A chronic wound can also be defined in terms of how long it takes to heal. A wound that shows no signs of improvement after eight weeks of regular treatment.

Non-healing wounds can be treated by adhering to these three basic principles: addressing the underlying issue, identifying and removing any obstacles, and creating a supportive setting for recovery.

The rate at which wounds heal is inversely proportional to how well-oxygenated those tissues are.

Ischemia, or lack of blood flow to an injury, is one of the most prevalent reasons for a wound not to heal.

Doctors may recommend hyperbaric oxygen therapy for chronic wounds to hasten recovery from conditions such carbon monoxide poisoning, gangrene, non-healing wounds, and infections in which tissues are oxygen-deprived.

A hyperbaric chamber is used to increase the local concentration of oxygen, which serves as the medication.

The patient is exposed to higher atmospheric pressure than at sea level while breathing 100% oxygen during therapy.

This page provides background on the development of HBOT, as well as its physiological basis, clinical indications and contraindications, patient selection, treatment procedures, and adverse effects. 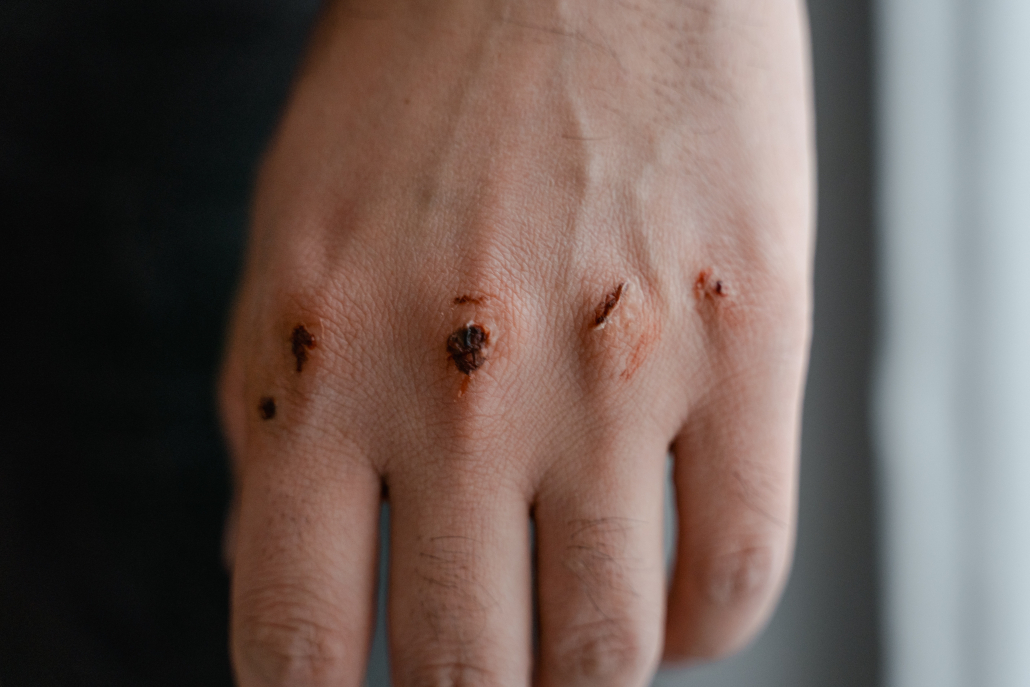 The synthesis of adenosine triphosphate (ATP) through oxidative phosphorylation in the mitochondria is the most important cellular function throughout the inflammatory phase.

To power most of their functions, cells, during wound healing, rely on ATP, which is produced by aerobic metabolism of glucose with oxygen as the ultimate electron acceptor.

There is a rise in energy needs when repairing tissue. The oxygen requirement of the separating tissue rises as a result of the oxidative metabolism that produces this extra energy.

Since this activity produces ATP, it can fuel tissue healing.

ATP can be generated by both platelets and dying cells. Many elements of wound healing, including the immune response, inflammation, epithelial cells, and angiogenesis, may be signaled by this extracellular ATP.

The release of ATP in response to skin damage triggers the production of an epidermal-like growth factor, which in turn signals epidermal growth.

Redox signals in wound healing are produced by the enzyme nicotinamide adenine dinucleotide phosphate (NADPH) oxidase, which is activated when ATP is released from cells in wounded tissue.

Through a process known as phagocytosis, bacteria are eliminated when reactive oxygen species (ROS) engulf and digest them.

While doing this, the immune system uses more oxygen and produces more metabolites. Reactive oxygen species (ROS) are produced by cells, and these metabolites stimulate their creation, leading to an increased need for oxygen and a “respiratory burst.”

Oxygen consumption by neutrophils is highest during this burst of breathing. The enzyme nicotinamide adenine dinucleotide phosphate oxidase is necessary for macrophage survival and facilitates their ability to phagocytose dead cells.

After hemostasis is achieved, hypoxia initiates the first steps of wound healing by increasing ROS activity, demonstrating that ROS functions beyond merely the oxidative death of bacteria.

Platelets, monocytes, and growth factors are all activated by hypoxia because of the cytokines they release. In most cases, this takes place at diluted levels.

Oxidative stress promotes cytokine and chemokine-receptor activation, among other tasks important for wound repair, and hypoxia-induced factor controls oxygen hemostasis in the wound.

The main effect of these mediators is the recruitment and activation of neutrophils and macrophages to the wound site and the activation of fibroblasts.

In order to set off the oxygen-dependent complement cascade, cytokines and chemokines must first be produced.

Wound leukocytes and fibroblasts, two of the most important healing components, are stimulated and attracted by a cascade of growth factors released at this stage. It has been established that hydrogen peroxide mediates these interactions.

When the skin and blood vessels are damaged, oxygen consumption increases, leading to a hypoxic episode.

This respiratory burst describes the production of reactive oxygen species (ROS) by neutrophils and monocytes, which in turn stimulates neutrophil chemotaxis.

A number of antibiotics, including aminoglycosides, have been found to enhance each other’s efficacy when combined with oxygen.

We know that oxygen can help prevent wounds from becoming anaerobic infections.

Three hundred patients undergoing a colorectal resection were randomly assigned to one of two groups in prospective research.

When compared to the group given 80% oxygen, those given 30% oxygen experienced a higher infection rate.

In conclusion, the data showed that patients who were given more oxygen after a colon or rectovaginal surgery had a lower rate of infection.

There is much evidence on the benefits of hyperbaric oxygen therapy for chronic wounds. Healing chronic wounds and sustaining aerobic cellular metabolism both require oxygen.

It can be shown that the concentration of gas at the liquid’s surface and the pressure acting on the entire system are directly proportional to the amount of gas dissolved in a liquid.

With hyperbaric oxygen therapy, a patient breathes pure oxygen in a pressure room to raise his or her blood oxygen levels. Hyperoxia describes these conditions.

Patients are laid out inside a transparent chamber inflated to higher than sea level pressure and filled with 100% oxygen.

In most cases, once acclimated, the pressure is neither unpleasant nor apparent. The amount of oxygen in the blood can be increased by over 30 percent.

The increased oxygen levels carried by the blood aid the body’s immune system in fighting off infection and trigger the production of healing growth factors.

Ischemic tissues can only receive oxygen if the regional vascular supply is either unharmed or only partially damaged.

Most of the oxygen in the blood is attached to hemoglobin and carried by the red blood cells; about 2% is free in the plasma.

Diabetic patients with foot ulcers who had Hyperbaric oxygen therapy had a much lower risk of undergoing a major amputation, and their wounds may have healed better after a year.

In addition, the cost-effectiveness of supplementary Hyperbaric oxygen therapy for diabetic foot ulcers was determined when compared to the cost of conventional therapy.

Breathing 100% oxygen under pressure is the basis of hyperbaric oxygen therapy.

The ambient air pressure in a chamber used for hyperbaric oxygen therapy is increased to be three times higher than that of the surrounding environment.

In these conditions, your lungs will be able to take in a large amount more oxygen than they would be able to if you were to breathe pure oxygen while the air pressure in the room was normal.

This process causes an increase in oxygen levels throughout the body, which helps the body fight infection and boosts the creation of healing growth factors and stem cells.