In cases of severe injuries where large portions of the skin are damaged, the process of skin grafting is employed.

This procedure involves surgery and long periods of healing. Risk factors such as low oxygen supply, infection, and hemorrhaging can compromise the healing of the skin graft.

Hyperbaric oxygen therapy offers a unique way to increase the rate of skin regeneration and reduce the onset of compromised skin grafts.

Hyperbaric oxygen therapy, an FDA-approved treatment for compromised skin grafts and flaps, can improve the vitality of affected tissue, eliminating the need for a second procedure.

What Is Skin Grafting?

Skin grafting is a treatment used to rebuild a skin injury or defect that cannot heal on its own or where primary closure of a wound cannot be performed. It entails taking skin from one part of the body and applying it to a wound.

External injuries with a big surface area will often need this procedure to allow healing to begin.

Healthy skin is removed from one portion of the body and transplanted onto the injured area via surgery.

If all goes well, the healthy portion of skin effectively replaces the damaged or missing skin, or at the very least stimulates skin regeneration.

Skin grafting is proven effective in treating external injuries such as burns, trauma, and infection, as well as the removal of damaged tissue caused by diseases such as skin cancer. 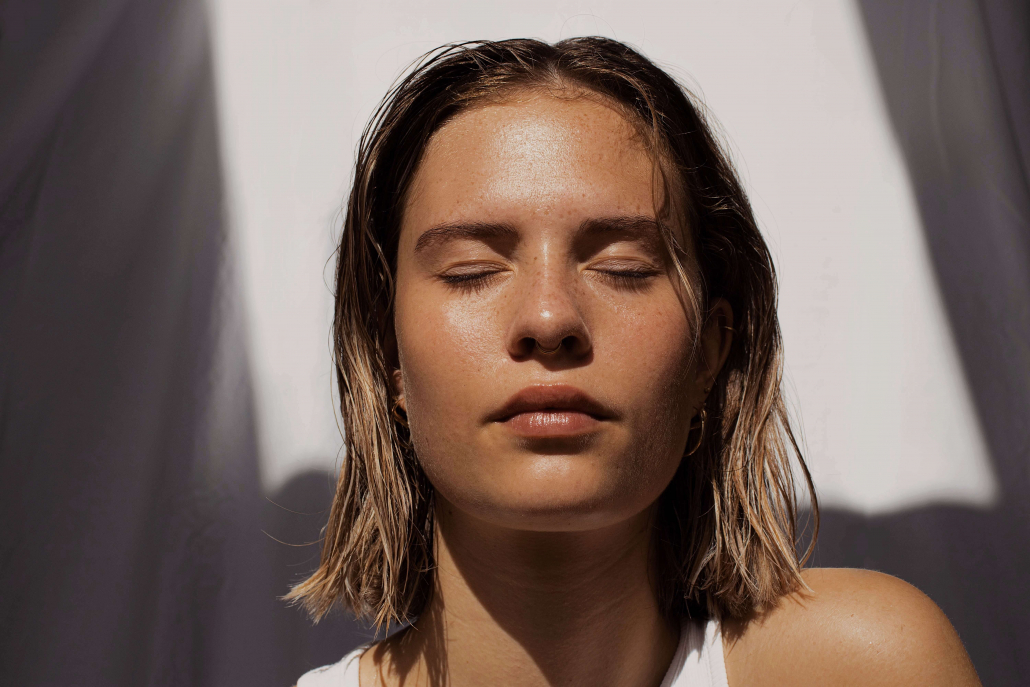 Both layers are removed from the donor location, which is where the healthy skin is placed. Split-thickness skin grafts are frequently taken from the thigh, abdomen, buttocks, or back.

Split-thickness grafts are used by surgeons to cover bigger portions of injured skin.

These grafts are often brittle and have a glossy or smooth look. They may also appear paler than the skin around them.

Split-thickness grafts do not grow as quickly as ungrafted skin, therefore children who receive them may require more grafts as they age.

A full-thickness graft is the complete removal of the donor site’s epidermis and dermis. Typically, surgeons take healthy skin from the abdomen, groin, forearm, or area above the clavicle (collarbone).

Because the surgeon often pulls together and heals the donor site in a straight-line incision with stitches or staples, the grafts are typically smaller portions of the skin.

For tiny wounds on highly visible regions of the body, such as the face, doctors frequently utilize full-thickness grafts. Full-thickness grafts, as opposed to split-thickness transplants, fit in with the surrounding skin and offer a better cosmetic outcome.

Skin Graft Classification According to Donor

Skin Grafts may come from different sources, depending on the patient’s needs.

An autograft is the transplantation of skin from one place to another on the same individual. This eliminates the possibility of immunological rejection.

Over the first three days, capillaries from the place where the autograft is transplanted restore blood flow. Full circulation should be restored within 4-7 days.

Although a split-thickness donation leaves some dermis remaining to promote healing, the transplanted skin is thin and can constrict (contracture).

A full-thickness donor creates a new defect at the place where the graft was obtained, which is closed by overlapping the borders of the new defect.

Despite this, a full-thickness donation provides a better result due to its smoothness and flexibility, as well as better protection due to its thickness, but it fails more frequently due to fluid collection and impeded drainage.

Allografts or Homografts are skin grafts taken from another person, resulting in a genetically distinct graft from the recipient. Allografts are mostly employed in burn patients.

By “decellularizing” the tissue of its epidermal and cellular components, the immunological response to allografts is reduced.

Xenografts and Heterografts utilize porcine tissue that are grafts taken from animals. It is used for temporary skin coverage of large areas, such as burns.

They are more readily available but do not perform as well as allografts.

When a wound is not well vascularized, a flap is employed to boost the odds of success.

A flap is a portion of tissue removed from a neighboring, well-vascularized area to promote neovascularization while also providing the cosmetic benefit of recovering with similar pigmentation.

As a temporary measure to keep clean wounds from drying out, skin substitutes or biosynthetic material can be employed. They usually peel off once regeneration begins.

Skin grafts are done in a hospital under general anesthesia, which means you’ll be sleeping the entire time and won’t experience any pain. Skin grafts and flaps often have a high success rate.

However, grafts and flaps do not always receive enough blood and oxygen to heal correctly.

Diabetes, aging, infections, or tissue damage from previous radiation treatments can all contribute to insufficient blood flow and oxygen supply. This is referred to as a compromised graft or flap.

Pain, numbness, bluish discoloration, or coldness of the affected area are all indications that a skin graft is failing.

There are many reasons that grafts can experience low blood and oxygen supply:

Because they do not have their own blood supply, skin grafts have a tough time flourishing in the absence of a well-healed wound bed. Angiogenesis, often known as the regeneration of blood vessels, and revascularization are both necessary for the continued survival of a skin graft.

If there is even the slightest break in the skin, bacteria are able to enter the body and begin to multiply. One of the most prevalent reasons for skin transplant rejection is an infection caused by a strain of staphylococcus aureus known as methicillin-resistant staphylococcus aureus (MRSA).

Some of the most common symptoms of an infection are fever, pain, warmth, redness, and swelling around the graft site. Pus coming from the incision is another one of the telltale indicators of an infection.

Movement is the most frequent cause of graft failure because it separates any new blood vessel growth (neovascularization) from the skin graft, robbing it of oxygen and nutrients. This complication results in fluid accumulation (hematoma or seroma) between the graft and the graft site bed, further separating the graft from the bed. Immobilization is achieved by treating the graft site properly.

Hyperbaric oxygen therapy harnesses the power of oxygen to promote healing in skin grafts. and is already being used to treat many different health conditions such as Injury from crushing, gas gangrene, a form of gangrene in which gas collects in tissues, sudden or traumatic inadequate blood flow in the arteries.

In hyperbaric oxygen therapy, a person goes into a chamber with 100% oxygenated air at a higher pressure than normal.

The air pressure within the hyperbaric chamber is around two and a half times greater than normal air pressure.

When you breathe 100% oxygen at high pressure, 20 times more oxygen goes through your bloodstream to wounded organs and tissue.

This permits your body to provide more oxygen to your organs and tissues, promoting healing and aiding in the treatment of a number of disorders.

Hyperbaric oxygen therapy can aid in the healing of grafts and flaps that have become impaired due to a lack of blood supply and oxygen.

Hyperbaric oxygen therapy has been shown to promote angiogenesis, which is the process by which new blood vessels are formed.

Hypoxia therapy is a powerful, but underutilized, treatment option for troublesome wounds and grafts that can be used in conjunction with more traditional methods.

As an additional treatment, hyperbaric oxygen therapy has been shown to be useful in the treatment of infections such as gas gangrene, necrotizing fasciitis, diabetic foot infections, refractory osteomyelitis, neurosurgical infections, and fungal infections.

By enhancing the generation of free oxygen radicals, hyperbaric oxygen therapy functions as a bactericidal/bacteriostatic agent against anaerobic bacteria.

Furthermore, hyperbaric oxygen therapy works in conjunction with a number of antibiotics.

Hyperbaric oxygen therapy’s use of extremely concentrated oxygen in a closed chamber is uniquely capable of repairing injured tissue and boosting the viability of a compromised skin graft by promoting good oxygen flow, increased blood vessel regeneration, as well as providing a boost in anti-inflammatory properties.

Benefits of HBOT
Scroll to top