Potential for addiction exists in everybody who uses opioids. It’s impossible to know who will become dependent on or abuse opioids because of their personal history or how long they’ve used them.

All these drugs—legal and illegal, stolen and shared—contribute to the epidemic of drug overdose deaths plaguing the world today.

Rehabilitation and management of pain and withdrawal symptoms often require a course of methadone, which itself is an opioid. 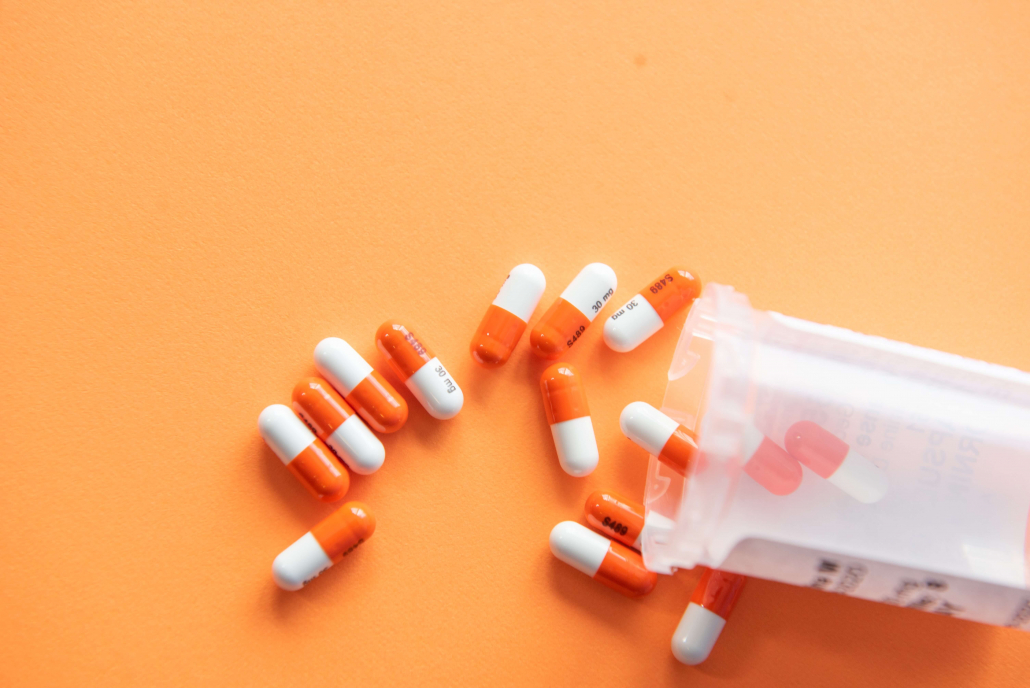 Opioids are a type of medication frequently administered by doctors for pain management. Addiction to opioid painkillers is characterized by a compulsive need to take these medications.

Opioids mitigate pain by decreasing the flow of information from the nervous system to the brain. These drugs also alter the way the brain registers pain. Opioids are safe if used properly.

Inducing the release of endorphins, the brain’s “feel good” neurotransmitters, is one of the opioids’ effects.

When the effects of an opioid dose wear off, you may long for them to return as quickly as possible. Here we have the very first step toward what could become a serious addiction.

When a person develops an addiction, a formerly enjoyable activity becomes to feel indispensable.

Addiction is defined by medical professionals as an insatiable desire for drugs, their use becoming compulsive despite negative effects, and persistent use despite these negative outcomes.

Addiction to opioids is common because they stimulate the brain’s reward circuitry.

Opiate addiction alters both brain function and behavior. At the start, it’s up to you if you choose to utilize opioids.

However, the desired effect of the medication can lead to compulsive use if the patient does not take the drug exactly as prescribed.

Your brain really rewires itself, creating an overwhelming want to keep taking the opioids.

Substance abuse is another term for opioid addiction. Substance misuse can manifest itself in a wide range of ways, including through outward manifestations and inner turmoil.

The inability to discontinue the use of opioids is a hallmark of addiction. The inability to quit using the drug or use less than the dose recommended by a doctor is another warning indicator.

If you experience cravings for opioids or feel like you can’t resist the temptation to use, you may have an addiction.

If you continue using the drug while knowing it is causing you harm and against your doctor’s advice, you may be addicted.

It could be an issue with your body, your wallet, your job or studies, the law, or even your relationships with loved ones. Your loved ones may have figured out that you have an addiction problem before you do. You risk their seeing your altered demeanor.

Those with opioid use disorder who successfully abstain from all opioids during detoxification have a high risk of relapsing, according to studies.

However, while relapse is a common part of the healing process, it can also be lethal by increasing the likelihood of an overdose.

Maintaining abstinence from heroin or prescription opioids is, thus, a crucial component of a successful recovery from a substance use disorder.

Medication that alleviates withdrawal symptoms and cravings without inducing the high associated with the original drug of abuse can be helpful to someone in recovery.

Lofexidine, a non-opioid medication developed to alleviate opioid withdrawal symptoms, was just given the green light by the FDA.

Other drugs that have been approved for this use include methadone and buprenorphine.

Methadone, a synthetic opioid agonist, blocks the effects of opioid receptors in the brain (the same receptors that heroin, morphine, and opioid pain drugs activate) and thus alleviate withdrawal symptoms and drug cravings.

It does occupy and activate these opioid receptors, but at a slower rate than other opioids, and it does not lead to euphoria in an opioid-dependent individual when used at therapeutic amounts.

Specifically designed opioid treatment programs are the only ones authorized to prescribe it, despite its 40-year track record of efficacy in combating opiate addiction.

Oxygen is essential to the human body. It helps the body produce energy from food, boosts the immune system, improves nutrient absorption, enhances memory and brain function, gets rid of harmful free radicals, and fights against pathogens.

Ninety percent of our metabolic energy comes from oxygen, whereas just ten percent comes from food. The oxygen content of the air we breathe in is about 21%, and our bodies are 96.0% oxygenated at full lung capacity.

Breathing 100% oxygen in a pressure chamber is the basis of hyperbaric oxygen therapy.

However, it wasn’t until 1956 that hyperbaric medicine (which includes hyperbaric oxygen therapy) truly took off.

Previously, hyperbaric oxygen therapy has only been utilized for decompression sickness, but recent research has shown that it is also a useful tool for promoting cell regeneration and immune response.

Oxygen therapy has several uses, but it is most commonly used to treat wounds, but it can also be used to treat conditions including osteonecrosis, osteomyelitis, and gangrene.

There is scientific evidence that hyperbaric oxygen therapy can have anti-aging effects and boost health and performance.

The air pressure in a hyperbaric oxygen therapy chamber is increased by a factor of two to three over normal air pressure.

When the air pressure is low, your lungs are able to absorb far more oxygen than they would in a room with normal atmospheric pressure and pure oxygen.

In hyperbaric oxygen therapy, we breathe pure oxygen in a pressurized room. The plasma in our blood absorbs the additional oxygen, which improves blood flow and carries more oxygen to the body’s damaged cells, tissues, and organs.

Hyperbaric oxygen therapy helps opioid addiction because the increased oxygenation of the body’s blood has many beneficial effects, including the suppression of bacterial growth and the activation of growth factors and stem cells, both of which aid in tissue repair and neuroplasticity.

Loss of brain function due to cell death is a common consequence of heavy and chronic drug or alcohol usage.

Hyperbaric oxygen therapy (HBOT) has been shown to aid recovering addicts whose brains have been damaged by years of substance addiction.

The body’s own natural antibacterial is oxygen. Those who abuse drugs or alcohol can benefit from this because it aids in the body’s natural recovery from its many injuries.

Increasing oxygen intake can lessen the time poisons spend in the brain. The accumulation of aldehydes and acids in the brain, for instance, has been linked to alcohol and drug dependence.

Incorporating hyperbaric oxygen therapy (HBOT) into the process of drug and alcohol detoxification is helpful.

Cells in the brain, particularly in the frontal lobe where higher-order thinking and decision-making occur, can be damaged by chronic substance misuse and long-term prescription medication usage.

Since HBOT is a therapy that may supply oxygen to the brain in places not attainable when breathing at sea level, it has shown encouraging results in healing patients with traumatic brain injuries.

The first study reports the results of a small-scale experiment involving 31 people; its findings have just been published in the Journal of Addictions Nursing.

Methadone, an opioid, aids those recovering from opioid addiction to establish a stable routine and resume their daily activities.

Roughly half of those in treatment wish to wean themselves off methadone, but many who have tried have failed and relapsed.

Finding the proper dose to stabilize symptoms can be challenging, and although for some, the goal is to wean off methadone, for others, it is to stay in treatment.

During this transitional phase, some persons have withdrawal symptoms that are severe enough that they relapse into drug usage or stop attending treatment altogether.

Patients in the first study who had undergone hyperbaric oxygen therapy as part of their planned methadone taper had much greater success in maintaining their dose reduction three months after the study ended (from 4.3 mg to 0.25 mg).

After only one day of hyperbaric oxygen therapy, they reported experiencing roughly half as many withdrawal symptoms as the control group.

Patients who underwent hyperbaric oxygen therapy reported less pain and fewer drug cravings compared to those in the control group, who were given a mixture of oxygen and air at normal atmospheric pressure.

This new trial would allow for more in-depth follow-up with participants over a longer period of time.

Hyperbaric oxygen therapy helps opioid addiction by providing the brain and body with the oxygen and nutrients they need to recover.