If you are a resident in and around Morris County, New Jersey, and you are suffering from Parkinson’s disease symptoms, there is an excellent new form of therapy that you can avail of easily.

HBOT USA is conveniently located in the heart of New Jersey and has top-of-the-line Hyperbaric Oxygen Therapy facilities.

Studies have demonstrated that hyperbaric oxygen therapy can improve blood flow to the brain and other tissues that aren’t getting enough oxygen on their own, a process known as angiogenesis and neuroplasticity.

This is important because of how Parkinson’s Disease affects the brain. 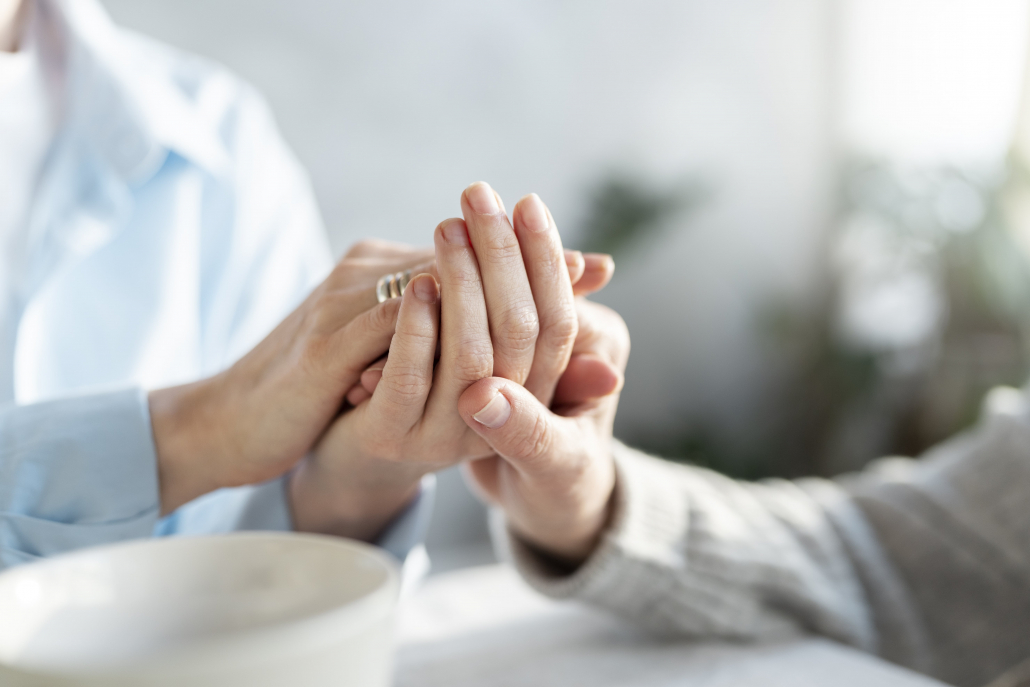 What is Parkinson’s Disease?

Parkinson’s disease is a gradual degenerative neurological disease that primarily affects dopamine-producing (“dopaminergic”) neurons in an area of the brain known as the substantia nigra, resulting in unintentional or uncontrollable movements such as shaking, rigidity, and trouble with balance and coordination.

Motor symptoms such as tremors at rest, stiffness, bradykinesia, and gait abnormalities are hallmarks of Parkinson’s disease.

The onset of symptoms is often slow and progressive. Patients may experience mobility issues and speech impairments as their disease worsens.

The onset of symptoms is typically localized to one side of the body or one leg. The sickness finally spreads to both hosts and causes death.

Nonetheless, it is possible that one side of the body is experiencing more severe symptoms than the other.

Parkinson’s disease presents itself and progresses at different rates in different people. The earliest manifestations of this illness are subtle and develop over time.

While anybody is at risk of getting Parkinson’s, certain studies have found that men are more likely to be diagnosed with the condition.

The exact cause is unknown, but researchers are looking at what can put someone over the edge of vulnerability. Age is an apparent risk factor. Those above the age of 65 make up over 70% of those who are diagnosed with Parkinson’s.

However, it is not just a disease of the elderly; between 5 and 10% of those diagnosed are under the age of 40. Some kinds of early-onset Parkinson’s disease have been related to specific gene alterations, and this may be the case for all forms.

When nerve cells in the substantia nigra, the brain region responsible for movement, are damaged or die, the disease manifests itself most obviously in the form of a variety of motor symptoms.

These neuronal cells often generate the crucial brain neurotransmitter dopamine. The inability to control one’s movements is a symptom of Parkinson’s disease, which is caused by a lack of dopamine due to neuronal death or impairment. No one has yet figured out what exactly kills the neurons.

Norepinephrine is the primary chemical messenger of the sympathetic nervous system, which regulates numerous bodily activities like heart rate and blood pressure.

Nerve endings that produce norepinephrine are also destroyed in people with Parkinson’s disease.

Some of the non-motor symptoms of Parkinson’s, such as weariness, fluctuating blood pressure, slowed transit of food through the digestive system, and a fast drop in blood pressure when a person rises up from a sitting or laying posture, may be attributable to a lack of norepinephrine.

The main symptoms of Parkinson’s disease, such as tremors, shaking, and difficulty moving, can be treated with medication.

Levodopa is the primary treatment for Parkinson’s disease. Levodopa is used by nerve cells to synthesize dopamine, which is then used to restore the brain’s natural supply.

The medicine carbidopa is typically taken in conjunction with levodopa. Carbidopa lessens the severity of levodopa’s negative effects on the body, such as nausea, vomiting, low blood pressure, and agitation.

It also decreases the dosage of levodopa required to achieve the desired therapeutic effect. Dopamine agonists and monoamine oxidase-B inhibitors are two other common treatments for Parkinson’s disease that aim to improve motor symptoms.

However, not all of the available treatments are helpful for everyone, and each has its own set of side effects, both immediate and cumulative.

Damage to dopaminergic neurons is a common cause of mental symptoms in Parkinson’s patients.

While its origins remain mysterious, most research points to genetics and the environment factors.

Medication might slow or stop the loss of dopamine-producing neurons, but there’s no guarantee it will stop it altogether.

Levodopa and other dopamine agonists are not without their side effects. In the early stages of PD treatment, patients may have nausea, vomiting, and orthostatic hypotension; in the later stages of the disease, patients may experience dyskinesia, visual hallucinations, and mental problems.

As a result, more should be done to address these side effects in the clinic, where they have a negative impact on patient’s willingness to adhere to their treatment plans.

Stopping or decreasing levodopa or dopamine agonists for the purpose of controlling nonmotor symptoms, especially mental symptoms, may be preferable, notwithstanding the risk to motor function.

The Power of Hyperbaric Oxygen Therapy

In a hyperbaric chamber, patients can breathe 100% (pure) oxygen as part of hyperbaric oxygen therapy.

The interior air pressure is increased so that it is greater than the atmospheric pressure outside.

When the oxygen content of the air is high, and the atmospheric pressure is high, the lungs are able to take in more oxygen, and there is more oxygen in the blood plasma.

During treatment, the patient will spend 90-120 minutes per day lying on a bed inside a hyperbaric chamber.

Many doctors recommend a series of 20 sessions for new patients. Depending on how far along the wound is and how many complications have arisen, treatment times may need to be stretched out even further.

Diving to depths of 33–45 feet below sea level is mimicked inside a pressurized cylinder filled with 100 percent oxygen. Because of the boost in pressure, more oxygen may be dissolved into the plasma (up to 10 to 20 times more than normal).

The oxygen content of the air we breathe averages around 21 percent. In a hyperbaric chamber, patients can expect to breathe in oxygen concentrations of about 200 to 240 percent.

Oxygen enrichment promotes neuroplasticity over time. Brain plasticity, also called neuroplasticity, refers to the brain’s capacity for change through the development and rewiring of neural networks.

It’s the process by which a person’s brain is rewired to perform in a way different from its usual routine.

Alterations can be on the scale of a single neuron pathway forming a new connection all the way up to large-scale alterations such as cortical remapping.

Changes in neural circuits and networks can be brought about through exposure to novel stimuli, repetition, practice, and even emotional or mental strain, all of which are examples of neuroplasticity.

Blood cells, plasma, cerebrospinal fluid, and other physiological fluids can all take in more oxygen at higher than normal pressures.

Because the body is able to take in more oxygen during HBOT, it speeds up the healing process. Brain function can be enhanced by increasing the amount of oxygen it receives, while pathological issues emerge at lower oxygen levels.

Because of its role as a rate-limiting element in both normal and disease-related cognitive function, oxygen supplementation enhances cognitive performance.

It modifies the EEG pattern of brain activity in healthy aged adults. Because of this, Hyperbaric Oxygen Therapy treats Parkinson’s Disease using the power of oxygen.

Care for patients with Parkinson’s is complicated by the fact that psychiatric disorders can worsen the disease’s neuromotor symptoms.

Previous studies have shown that the patient’s quality of life is diminished, and the caregiver’s burden is increased when psychiatric symptoms are comorbid with Parkinson’s disease.

There is a lack of effective treatments for the psychological difficulties experienced by Parkinson’s patients.

Hyperbaric oxygen therapy (HBOT) has been shown in numerous studies over the past few decades to slow the progression of vascular dementias like Alzheimer’s and Parkinson’s.

Hyperbaric Oxygen Therapy treats Parkinson’s Disease through an increase in oxygen supply and tissue oxygen partial pressure (pO2), a decrease in cerebral swelling, improved tissue healing and angiogenesis, and a boost in metabolism.

Twenty sessions of hyperbaric oxygen therapy can increase stem cell release by as much as 800%, reduce inflammation by 90%, and increase new blood vessel formation by 70%.

Because of this, conditions including metabolic syndrome, arthritis, and other lifestyle-related disorders improve.

Patients’ levels of depression, anxiety, and tremors have all been found to reduce after receiving hyperbaric oxygen therapy.

The increase in cell-protecting enzymes and brain damage prevention seen in patients who undergo Hyperbaric Oxygen Therapy is thought to be responsible for the positive neurological results seen in these patients.

The loss of dopaminergic neurons in the brain region responsible for movement control is the root cause of Parkinson’s disease (substantia nigra).

Mild Hyperbaric Oxygen Therapy treats Parkinson’s Disease and its symptoms by increasing oxidative metabolism (the process of converting oxygen into energy) in dopaminergic neurons, though the exact processes by which this occurs remain unclear.

Those suffering from neuropathy can find relief with Hyperbaric Oxygen Therapy (HBOT). Bringing oxygen deep into the tissues, it prevents cell death and alleviates pain.

Increased oxygen and nutrition supply to tissues is another benefit of hyperbaric oxygen therapy, which is achieved by encouraging the development of new blood vessels. In this way, Hyperbaric Oxygen Therapy treats Parkinson’s Disease.