One of the most difficult aspects of medicine is dealing with chronic wounds and infections. Because it increases oxygenation and neovascularization and decreases inflammation in chronic wounds, hyperbaric oxygen therapy (HBOT) can be used as adjunctive therapy in many wound care settings.

HBOT involves the administration of 100% oxygen at pressures greater than 1.4 atmospheres absolute over a series of treatments. There is mounting evidence that hyperbaric oxygen therapy (HBOT) improves wound healing and reduces the risk of adverse outcomes including amputation. HBOT, however, is not widely known among doctors.

All of the indications for HBOT are covered, and the clinical evidence for HBOT in the treatment of vascular insufficiencies, diabetic ulcers, delayed radiation injury, and chronic refractory osteomyelitis is investigated in detail. 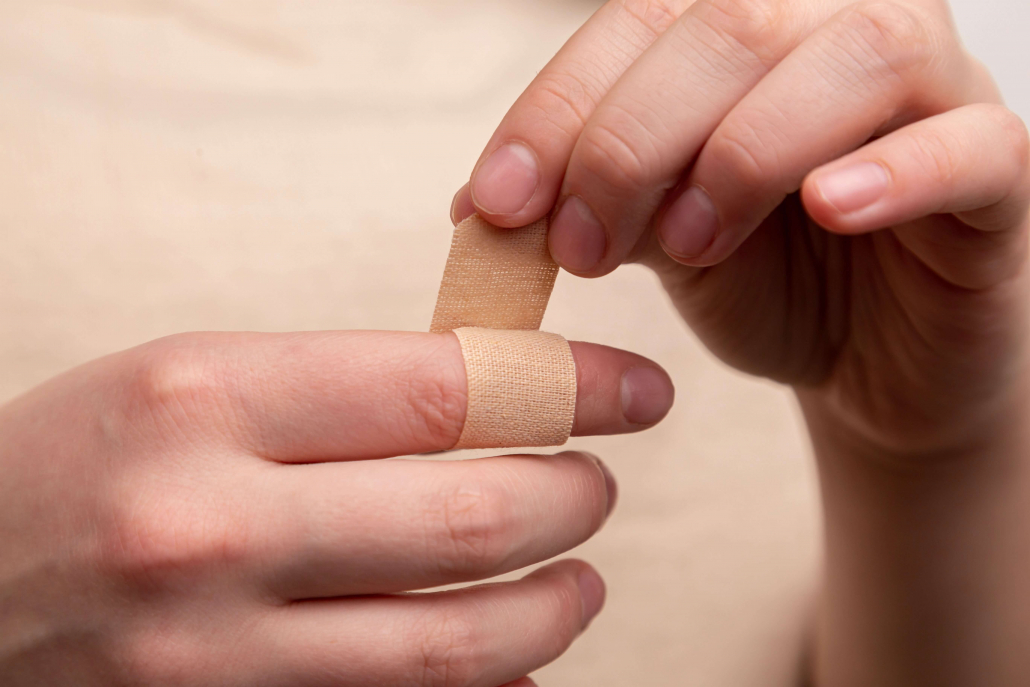 Undersea and Hyperbaric Medical Society guidelines state that the pressure used in a clinical setting must be at least 1.4 ATA for it to be effective; in reality, pressures applied in hospitals typically sit between 2 and 3 ATA.

The therapeutic procedures are performed in isolated rooms. A single patient is treated with 100% oxygen in a hyperbaric chamber.

Patients in a multiplace chamber all share the same pressured air environment while breathing 100% oxygen through a face mask, hood, or endotracheal tube.

In Hyperbaric Oxygen Therapy for wound healing, up to three HBOT sessions per day may be administered to patients, depending on the diagnosis. Treatment protocols for wounds often include HBOT sessions lasting 1.5 to 2 hours, with a total of 20 to 40 sessions recommended. In some cases, as many as 60 sessions may be necessary.

Breathing 100% oxygen at 1 ATA or exposing isolated parts of the body to 100% oxygen does not constitute HBOT because patients must be subjected to increased atmospheric pressures (>1 ATA) during true HBOT treatments.

Hyperbaric Oxygen Therapy Through the Years

Since the 1600s, people have tried using hyperbaric oxygen therapy (HBOT) to cure a variety of conditions, from nervous disorders to the flu to cancer. However, for decades, this practice was based on a lack of evidence.

However, Ite Boerema is considered the father of hyperbaric medicine because he published the first clinical article on HBOT in 1956.

At the time, Boerema was the head surgeon at the University of Amsterdam in the Netherlands, and he published the first article on the use of hyperbaric oxygen intraoperatively to increase the number of potentially successful cardiac operations.

HBOT was further studied by Boerema and his colleagues at the University of Amsterdam, who later documented its usefulness in treating necrotizing infections and ischemic leg ulcers. 5,6 Since then, many organizations have studied the effects of Hyperbaric Oxygen Therapy for wound healing, and we now have evidence-based recommendations for its application.

When compared to the mechanisms that make HBOT beneficial for treating chronic wounds, osteomyelitis, and related disorders, the treatment of decompression sickness and arterial gas embolism with HBOT is quite different.

This article examines the phases of normal wound healing and how HBOT improves defective wound healing and provides a brief discussion of the methods through which HBOT alleviates gas bubble-related disorders.

Boyle’s rule indicates that the pressure and volume of an ideal gas are inversely related, hence treating diseases caused by excess gas bubbles in the body includes exposing patients to greater pressures, which induces a reduction in the volume of gas-filled spaces within the body.

An arterial gas embolism or decompression sickness can be treated acutely by decreasing the size of the gas bubbles in the blood.

Compared to non-recompression treatment, the use of hyperbaric oxygen therapy (HBOT) improved patient outcomes in 597 cases of arterial gas embolism, according to a 2014 study of HBOT for air or gas embolism. As soon as feasible after an embolism has formed, patients should begin HBOT treatment for the best possible outcomes.

Understanding the potential benefits of HBOT for wound healing requires a review of the stages of normal wound healing.

A few examples of these are the halting of bleeding, the onset of inflammation, the multiplication of cells, and the development of fully formed cells. When an injury occurs, platelets adhere to the damaged endothelium and initiate a coagulation cascade that ultimately leads to the creation of a temporary wound matrix that stops bleeding.

Leukocyte, neutrophil, and macrophage migration and activation are all aspects of the inflammatory response that are triggered by this procedure.

Apoptosis of the aforementioned inflammatory response cells marks the conclusion of the inflammatory phase a few days after the initial damage.

To ensure the dermal and epidermal cells migrating and multiplying in the wound bed get adequate oxygen and nutrients, robust neovascularization is required for granulation tissue formation.

Fibroblasts are key proliferating cells that are responsible for creating a new matrix of connective tissue to fill in wound gaps and restore the wound’s mechanical strength.

At this stage, the incision closes and the matrix remodels, producing scar tissue with 80% of the tensile strength of normal skin.

A failure to enter the proliferative phase and develop granulation tissue with new blood vessels is a hallmark of chronic wounds, which remain in the inflammatory phase for an abnormally extended period of time.

The body requires more oxygen and uses it more efficiently during tissue repair and wound healing; prolonged hypoxia in a wound is linked to slow or no wound healing.

Oxygenating hypoxic tissues, on the other hand, have various positive benefits on the healing process. Because oxygen can’t be stored in tissue, daily HBOT ensures that the injured area receives a sufficient amount of oxygen, which speeds up the transition from the inflammatory to the proliferative stages of wound healing.

The signaling pathways that promote neovascularization, matrix formation, and suppress inflammation are all enhanced by elevated oxygen concentrations, which in turn increase the creation of reactive oxygen species and reactive nitrogen species. Angiogenesis can be stimulated by hypoxia.

However, enough oxygenation is required for the development of new blood vessels. Hyperbaric oxygen therapy stimulates neovascularization by producing an oxygen gradient, with lower oxygen concentrations in the center and higher concentrations at the periphery.

Neovascularization is boosted by hypoxia, whereas persistent hypoxia has the opposite effect. Hyperbaric oxygen therapy (HBOT) induces hyperoxia, which in turn encourages neovascularization and the healing of chronic wounds.

Not only that but there is a difference between oxidative stress and oxygen toxicity. Extremely high concentrations of reactive oxygen species are linked to negative outcomes; however, research shows that HBOT’s modest production of ROS is effectively countered by the body’s natural antioxidant defenses.

When applied at a greater distance from the wound, hyperbaric oxygen therapy promotes neovascularization. More stem cells are recruited to skin wounds and new blood vessels form more quickly as a result of increased oxygen leading to increased production of nitric oxide in the bone marrow, as shown in multiple studies in healthy human subjects, diabetic patients, and patients previously treated with radiation therapy.

Endothelial progenitor cells’ ability to differentiate into capillary-forming endothelial cells at the wound site is also enhanced by hyperoxia.

The process of neovascularization is intimately connected to the production of an extracellular matrix, which requires a steady supply of oxygen. Hyperbaric oxygen therapy also boosts fibroblast growth factor production, which in turn encourages fibroblast migration and proliferation.

Fibroblast proliferation is promoted by increased oxygen, which leads to increased collagen production and enhanced collagen cross-linking, both of which increase tissue tensile strength.

As a result, macrophages are affected in two distinct ways. First, both animal and human studies have found that HBOT decreases the expression of proinflammatory cytokines by monocyte-macrophages.

The second benefit of HBOT is that it encourages macrophage chemotaxis, which speeds up the removal of dead tissue around wounds. In addition, increased oxygen boosts the bactericidal activity of leukocytes.

Last but not least, HBOT inhibits neutrophil 2 integrin adhesion in both animals and humans, and this mechanism has been shown to reduce tissue reperfusion injuries without diminishing the neutrophils’ antibacterial function.

Hypoxia, poor angiogenesis, and persistent inflammation are the hallmarks of chronic wounds. Due to its ability to stimulate angiogenesis and reduce inflammation via multiple mechanisms, Hyperbaric Oxygen Therapy for wound healing is an effective adjuvant treatment.