If you are experiencing muscle pain from sports or strenuous activities, visit HBOT USA to speed up the healing of muscle pain by up to 33%.

Many of us experience muscle pain because of overuse, strain, tension, exercise or sports.

Exercise is vital to live a healthy life, and muscle pain is common especially for beginners or those that overexert themselves.

Athletes experience muscle pain on a regular basis due to intense training regimens or sports injuries.

Oftentimes, muscle pain or injuries can hinder you from performing your best.

Hyperbaric oxygen therapy helps hasten the healing process so you can go back to giving your all when it comes to your activities.

In this blog, we explain how hyperbaric oxygen therapy can aid muscle recovery.

What is muscle strain?

A muscle strain is an injury to the connective tissue that connects muscles to bones, such as a muscle or a tendon.

Minor injuries may just cause a muscle or tendon to overstretch, whereas more serious injuries may result in partial or total tissue rips.

Strains, also known as pulled muscles, are widespread in the lower back and the muscles in the back of the thigh (hamstrings).

One of the most common reasons for missed playing time in the NFL is muscle strains. However, such an injury does not require you to be a professional football player.

They’re quite common among professional and amateur sportsmen alike.

An outer sheath surrounds a muscle, allowing it to slide smoothly across surrounding tissues as it contracts.

Inside the outer sheath are fascicles, which are made up of myofibrils, which are bundles of muscle fibers.

Myofibrils are made up of millions of minute sarcomeres, which are responsible for muscle contraction.

When nerves stimulate myosins, muscle proteins, they strain against small ropes of protein called actin in the sarcomere. When this happens, the sarcomeres shorten, causing the muscle to contract.

The sarcomeres and the muscle extend back to their original location when the myosin proteins relax.

The nervous system controls the coordination of muscle contraction and relaxation. This is what enables athletes to run, kick, and throw, as well as walk and breathe.

Muscle strains occur when a force is applied to a muscle that causes the tissue to rip. The tear can occur in one of three locations: within the muscle, at the muscle-tendon junction, or in the tendon itself, where it joins to the bone.

Muscles connect into bones via tendon attachments at each end and supply the force required for movement.

The stress across the musculotendinous unit (muscle and tendon that are connected) can be so severe during activities that involve explosive movements, such as sprinting or changing directions in racquetball, that tissues rip partially or entirely.

These injuries typically arise as a result of severe muscular loading, which occurs when the muscle contracts while elongating.

The hip adductor muscles, which solely span the hip joint, are also typically impacted. Older age, past muscular injuries, poorer flexibility, lack of muscle strength, and exhaustion are all factors that can predispose an athlete to injury.

Many sportsmen suffer muscular problems when they first start a workout routine.

That is why they are far more prevalent in NFL training camps than they are during the regular season.

Muscle injury comes in different types. A “pulled” muscle is a frequent term for a muscle strain.

When a muscle is overstretched, overused, or misused, it can cause damage. Muscle strains cause minute tears in the fibers of the muscle. Strain injuries commonly occur in the hamstring, shoulder, neck, and lower back.

Muscle strains can cause pain, stiffness, weakness, edema, and spasms. It normally takes a few weeks for them to recuperate.

This type of damage usually requires a substantial amount of force to occur. Muscular tears most commonly occur in the lower back, neck, shoulder, and hamstring, similar to a muscle strain.

Anyone who receives this type of damage should seek medical help as soon as possible. Patients who have a torn muscle generally require follow-up care and physical therapy rehabilitation.

When muscle fibers die and their contents are discharged into the bloodstream, this is known as rhabdomyolysis.

Rhabdomyolysis can cause kidney failure, which can be fatal in some circumstances, because the kidneys filter out these muscle wastes.

Muscle soreness, weakness, and black urine are all signs of rhabdomyolysis. Rhabdomyolysis can be caused by traumatic or non-traumatic events.

Crush injuries, automobile accidents, and protracted periods of unconsciousness on a hard surface are all examples of traumatic rhabdomyolysis.

Heatstroke, infections, hard exercise, convulsions, and the use of certain recreational drugs like cocaine and amphetamines can all induce non-traumatic muscle injury.

A muscle contusion, often known as a muscle “bruise,” happens when a blunt object strikes the body and compresses the underlying muscle tissue while leaving the skin intact.

Pain, swelling, and a reduction in range of motion are common symptoms of contusions. They also frequently result in noticeable bruising as blood from injured blood vessels collects beneath the skin’s surface.

While minor contusion injuries can usually be treated with ice, rest, and time, more serious injuries may require surgical intervention to relieve excessive pressure caused by internal swelling and bleeding. 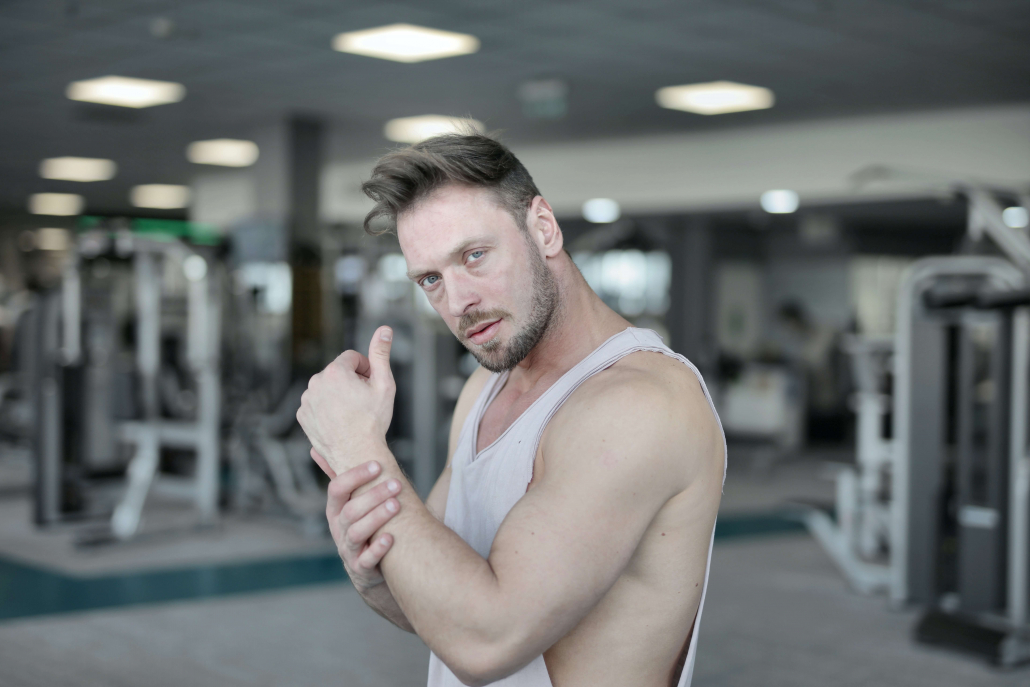 HBOT is commonly used to treat chronic infections that do not respond to standard treatment, as well as a variety of acute life-threatening infections.

Elite athletes need to heal from muscular injuries as soon as possible. Hyperbaric oxygen therapy has been shown to be useful in terms of accelerating cell recovery and tissue regeneration, both of which are thought to be advantageous in reducing fatigue and regaining endurance.

Practice, training, fitness, and competition all put the body under a lot of strain. Every athlete’s training regimen should include recovery.

Distance runners and mountain climbers are well aware that they must take rest days following strenuous exercises to allow their bodies to heal.

Recovery, on the other hand, isn’t as simple as lounging around when it comes to enhancing athletic performance.

Athletes who want to improve their performance should avoid passive recovery and instead use active recovery therapies such as HBOT.

For most recreational athletes, the standard injury treatment plan focuses on rest.

HBOT, on the other hand, has been shown in tests to be a game-changing therapy for injured athletes.

HBOT helps wounded tissue absorb many times the amount of oxygen ordinarily accessible by employing air pressures of up to 2.4 ATA. A 60-90 minute HBOT therapy allows oxygen to reach deeply into the blood, plasma, and brain fluids, promoting healing and circulation where it is most required.

With hyperbaric oxygen therapy, recovery time can be reduced by as much as 33%.

Pumping the tissues with higher amounts of oxygen produces many benefits for muscle recovery such as higher stem cell activation, reduced exhaustion and muscle fatigue, and even faster bone regeneration.

A study on hyperbaric oxygen therapy and muscle recovery.

A 2019 study was conducted to see if hyperbaric oxygen therapy could help with exercise-induced muscle damage.

A total of 41 athletes with exercise-related muscular injuries were recruited and randomly assigned to one of two groups: HBOT or control.

All of the subjects got either HBOT or a placebo treatment for ten sessions.

Serum samples were tested after the brief pain inventory (BPI) was completed.

Creatine phosphokinase (CK), glutamic oxaloacetate transaminase (GOT), and myoglobin (MB) levels in the HBOT group were significantly lower at T3, and this effect lasted until T4.

This data shows that hyperbaric oxygen therapy aids in the early healing of exercise-induced muscle injury.

If you are seeking hyperbaric oxygen therapy for muscle injury relief in Morris County, New Jersey, visit our HBOT USA clinic and receive the best treatment program from our hyperbaric experts.