Are you seeking treatment for children with autism in Morris County, New Jersey?

HBOT USA is always available to cater to your HBOT needs.

In this blog, we discuss how hyperbaric oxygen can be used as a supplementary treatment for children with autism.

Raising children with this disability can be tricky and takes a lot of patience.

Parents are always on the lookout for any form of treatment or relief that could be of help towards their kids.

To fully understand how HBOT works, it’s important to understand that oxygen plays a key role in our body’s circulation.

Our heart pumps blood into our lungs.

Oxygen is then inhaled through the lungs and attaches to our red blood cells.

As the blood undergoes circulation, oxygen separates from the red blood cells and is absorbed by our tissues and cells where it is converted into energy.

This cycle continuously happens as we breathe oxygen allowing the human body to gain the fuel it needs to perform everyday functions like healing through wounds and combating infection.

Hyperbaric oxygen therapy uses pressure and air with a higher percentage of O2, which can dissolve a greater degree of oxygen into the plasma in our blood, allowing our body to have a larger oxygen reserve to use for healing, regenerating, and recovering from all sorts of injuries and conditions.

Hyperbaric oxygen therapy has been proven to be an amazing tool for overall health, lowering inflammation and helping our body heal quicker.

With repeated treatments, the additional oxygenation in our body, tissues, and blood cells reap the benefits of hyperbaric oxygen therapy even after treatment.

This is why hyperbaric oxygen therapy is prescribed for a multitude of conditions such as burns, brain abscess, severe anemia, non healing wounds, ulcers, infections, brain injuries and more. 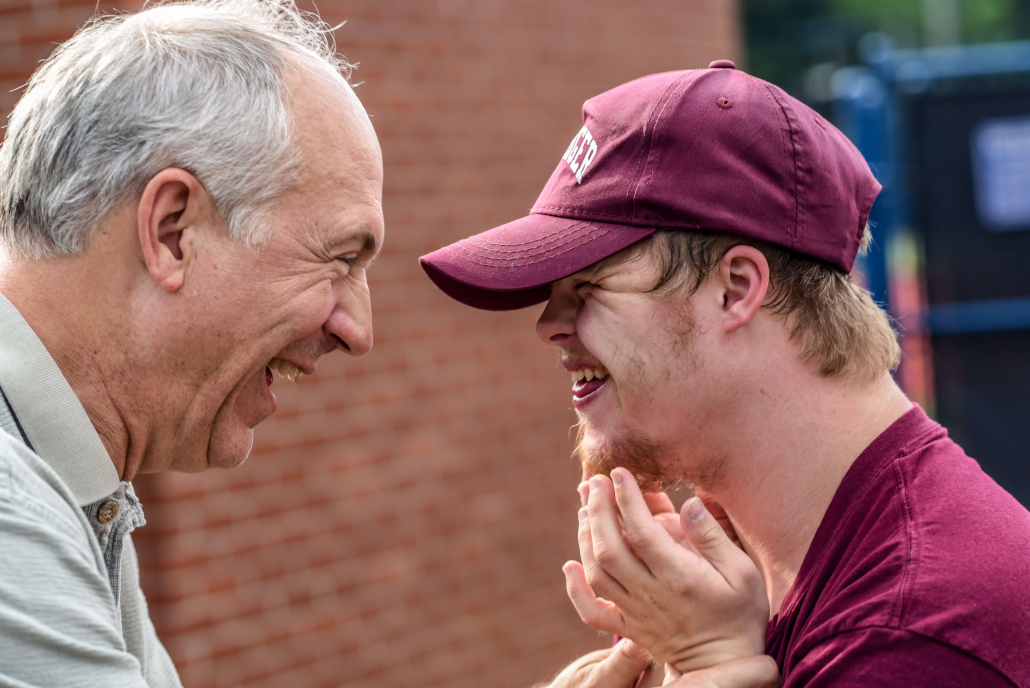 Autism or Autism Spectrum Disorder is a developmental disability that causes considerable challenges in the way a person communicates, behaves, and socializes.

People with autism tend to have challenges with social skills, speech, nonverbal communication, and repetitive behaviors.

Often, people with autism look no different from those without the condition, but it can be apparent in the way they behave, interact, communicate and learn.

Those with autism can have abilities that range from severely challenged or highly gifted.

According to the Centers for Disease Control, there is an estimated 1 in 44 children with autism in the United States today. (Reference)

Autism has many subtypes that are mostly influenced by either genetic or environmental factors, or both.

Considered a spectrum disorder, every person with autism has a unique set of challenges and strengths.

In some cases, a person with autism may need significant support in living their daily lives, some would need less support, and some may be able to live entirely independently. Some signs or symptoms of children and adults with autism spectrum disorder include:

Signs of autism can be seen usually by the age of 2 or 3, but some cases are diagnosed as early as 18 months.

Currently, there is no cure for autism. However, early detection and treatment can help improve the child’s development.

This helps the child learn important skills such as walking, talking, and interacting with others.

This is why it’s very important to talk to a doctor as soon as early signs present themselves.

Hyperbaric Oxygen Therapy for treatment for Children with Autism

Is it recommended to try HBOT for children with autism?

Studies show promising results in relation to using hyperbaric oxygen for reducing the inflammatory symptoms in the brain and gastrointestinal system of people with autism. (Reference)

When a person is focused on a task, the brain does more work, which means that there is an increase in blood flow to the brain.

Several studies have shown that autistic children have diminished blood flow in general, which means that the required oxygen does not reach the brain when they need to focus on a task or even generate speech.

Numerous studies have shown that children with autism have cerebral hypoperfusion, which is decreased blood flow to the brain.

With this data, it can be inferred that the large quantities of oxygen given to the body inside a hyperbaric chamber can reduce inflammation in the brain and reduce some characteristics of autism in children.

A Study on Hyperbaric Oxygen for Autism Recovery

30% of children in treatment showed very much improved symptoms in overall function based on the scale.

Based on the CGI score, there was an 80% improvement in the treatment group that received 1.3 atmosphere. (Reference)

Children in this group had significant improvements in social interaction, eye contact, cognitive awareness, and overall functioning compared to those who received slightly pressurized room air.

Children with autism are given mild oxygenation in the hyperbaric chamber.

Many parents worry if it is safe, or if their kids would want to enter the chamber.

Most kids are not usually afraid and can be given gum or water in the chamber, as they are told that it feels like being in an airplane.

It is very well tolerated and extraordinarily safe to use as a tool for children with these issues.

If you are in Morris County, New Jersey and would like to explore hyperbaric oxygen for children with autism, visit HBOT USA today.