Are you seeking Hyperbaric Oxygen Therapy for Inflammatory Arthritis in Morris County, NJ?

Hyperbaric oxygen therapy is a groundbreaking new treatment that has showed remarkable promise in strengthening immune systems, increasing cell regeneration, and reducing inflammation throughout the body.

In this blog, we will discuss the benefits of hyperbaric oxygen therapy for individuals with inflammatory arthritis.

Inflammatory arthritis is a type of arthritis caused by an overactive immune system (IA). It commonly affects a significant number of joints all at once.

Osteoarthritis (OA), which affects the majority of people in their older years, is significantly less common than inflammatory arthritis.

Inflammatory Arthritis (IA) is an autoimmune and inflammatory disease in which your immune system attacks healthy cells in your body, resulting in inflammation (painful swelling) in the affected areas.

Inflammatory arthritis primarily affects the joints, and it frequently affects many joints at the same time.

If diagnosed and treated early on, the symptoms of inflammatory arthritis can be greatly minimized or even eradicated.

While it is uncertain what causes inflammatory arthritis in each person, it is known that the immune systems of IA patients do not know when to slow down, which can assist to prevent significant and permanent arthritic issues.

When we are exposed to bacteria, viruses, or fungi, our immune systems respond by producing lymphocytes, which are white blood cells, as well as immunological proteins.

Lymphocytes and immunological proteins generate inflammation, which is normally limited and resolves once the foreign substance is defeated.

Inflammatory arthritis patients’ immune responses don’t know when to stop. It activates your body, battling your own tissues rather than viruses and bacteria, causing persistent inflammation.

Inflammatory arthritis is referred described as an “autoimmune illness” because the immune system loses its ability to distinguish healthy cells from harmful cells.

Joint stiffness and soreness are common symptoms of inflammatory arthritis, especially in the morning following periods of rest or inactivity.

Inflammation, redness, and/or warmth in the affected joints are prevalent as well.

Inflammation occurs in other sections of the body, such as the skin and internal organs like the lungs and heart. Inflammatory arthritis patients typically suffer “flares” of extremely painful symptoms. 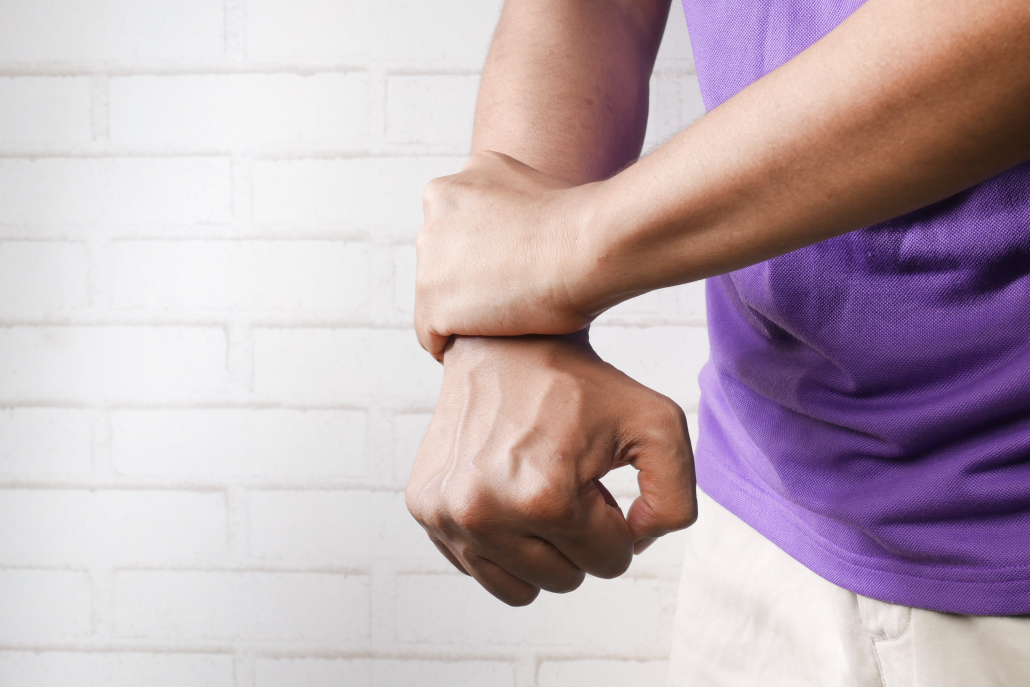 Medications that lower swelling and discomfort while simultaneously controlling the immune system, such as steroids, corticosteroids, or immunosuppressive medicines, are commonly used to treat inflammatory arthritis.

To avoid losing mobility and joint function, patients must establish a balance between rest (which helps prevent arthritic flaring) and activity (which can help prevent joints from becoming too stiff).

Joint replacement surgery may be considered if nonsurgical therapy for osteoarthritis fail to provide long-term relief. If you have inflammatory arthritis, you should see a rheumatologist on a regular basis to have your health monitored and your treatment plan customized.

Rheumatologists are medical practitioners who have received additional training in the treatment of joint and autoimmune illnesses.

They differ from orthopedists, who are surgically educated and may be engaged in the treatment of persons with inflammatory arthritis when medical treatments are ineffective.

Your immune system is responsible for protecting your body from illness.

When the immune system is functioning properly, it recognizes intruders (viruses or bacteria) quickly, mounts a powerful enough response to expel them, and then returns to normal.

Cytokines are body-produced chemicals that act as troops in the body’s fight against disease.

Cytokines are small proteins that allow immune cells to communicate and instruct one another by transmitting messages between them.

Pro-inflammatory and anti-inflammatory cytokines work together to remove an intruder and then settle down so the immune system isn’t continually on the attack when everything is working properly.

Because normal biological tissues are mistaken as harmful substances and attacked as a result, persons with autoimmune disorders like inflammatory arthritis or lupus do not have completely functional immune systems.

A cytokine storm might result from an immune system that is malfunctioning and overproducing cytokines.

During a cytokine storm, many inflammatory cytokines are produced at a much higher rate than usual.

Overproduction of cytokines causes positive feedback on other immune cells, allowing additional immune cells to be recruited to the site of injury and potentially causing organ damage. This technique can wreak havoc on the body, as cytokines attack healthy cells, producing and aggravating inflammatory arthritis symptoms.

Recent research has demonstrated that cytokine storms and overactive immune systems can be effectively treated with appropriate oxygenation of the body.

Hyperbaric Oxygen Therapy can help in this situation and therefore alleviate symptoms of inflammatory arthritis.

The single most crucial nutrient required for survival is oxygen.

In order to accomplish its numerous duties which include regeneration and healing, bodily cells, including immune cells, utilize oxygen as an energy source.

The body is enriched with additional oxygen during hyperbaric oxygen therapy, providing our cells more vitality and speeding up the healing process.

When we breathe, red blood cells take oxygen into the circulation and distribute it throughout the body.

Hyperbaric oxygen therapy allows the body to absorb much more oxygen than it would when breathing normally.

During a hyperbaric oxygen therapy session, pressurized oxygen is supplied to the body, raising blood and tissue oxygen levels in areas where they have been decreased due to disease or injury.

To achieve this, patients are maintained in an enclosed space with high air pressure and oxygen saturation.

In this state, all of the body’s fluids, particularly plasma, lymphatic system, CNS fluids, and bone, can dissolve oxygen.

This permits us to dissolve, transport, and distribute much more oxygen to our tissues and cells than normal.

HBOT stands for hyperbaric oxygen therapy, which is an FDA approved treatment for carbon monoxide poisoning, gangrene, stubborn wounds, and infections caused by a lack of oxygen in the tissues.

Hyperbaric oxygen therapy has been shown to cause the formation of new blood vessels and the transport of more blood.

Hyperbaric Oxygen Therapy (HBOT) generates a high-pressure, oxygen-rich environment that allows patients to breathe and take in up to 300 percent more oxygen than normal breathing.

Edema and inflammation are reduced as blood flow is improved and oxygen and nutrient-rich blood is delivered to swollen and inflammatory tissues.

In studies, HBOT has been proven to treat individuals with severe inflammation and swelling, especially in arthritic limbs.

The high-oxygen environment of a hyperbaric oxygen chamber can improve the efficiency and effectiveness of your body’s natural immunological response.

Many studies have proven that hyperbaric oxygen therapy reduces autoimmune symptoms like erythema and lymphadenopathy.

Hyperbaric oxygen treatment has also been demonstrated to lessen cytokine storms in studies.

By temporarily blocking the processes that cause excessive synthesis of pro-inflammatory cytokines, the drug successfully keeps inflammation at normal levels.

Patients undergo hyperbaric oxygen therapy in a pressurized, sealed environment in which patients can sit or lie down.

Normally done in a hyperbaric chamber, HBOT allows oxygen to dissolve nearly instantaneously in your plasma. This enhances the rate at which diseased tissue receives concentrated oxygen. The hyperbaric chamber is filled with oxygen until it achieves 100% saturation. (The oxygen content of the air we breathe is only 21%.)

The pressure surrounding your body rises above normal air pressure at the same moment. When you breathe pure oxygen while within a high-pressure hyperbaric chamber, oxygen enters your system faster and more efficiently.

As a result, your blood oxygen level is higher than it would be under normal air pressure. This extra oxygen is delivered to your body’s tissues via your bloodstream and aids in cell renewal.

Inflammatory Arthritis is a painful joint disease that develops when the immune system becomes overactive or malfunctions, causing undesired inflammation.

Our cells utilize oxygen as an energy source in order to function and heal.

By giving our immune system enough energy to battle infections without having to overproduce cytokines, proper oxygenation of the body helps reduce cytokine storms.

Hyperbaric oxygen therapy is a method that injects high doses of oxygen into the blood and plasma.

If you are suffering from Inflammatory Arthritis in the Morris County, NJ area, visit HBOT USA today.